Poop Instantly No Matter How Constipated You Are >> Click Here

Contact lens technology has evolved significantly since it became commonplace in the 50s and 60s. This modern eyewear is the vision correction choice for over 150 million people worldwide.

Its immense popularity stems from year-to-year technological improvements that have made contact wearing more comfortable and healthier for the eyes. Here are 5 technologies that changed the world of contact lenses.

Da Vinci’s Vision of the Codex of the Eye

When you ask most contact wearers today, dailies, such as Acuvue Oasys dailies with Hydraluxe technology, are the best when it comes to avoiding contact lens problems. But very few know that Leonardo da Vinci birthed the idea of contact lenses over 500 years ago.

In his 1508 journal, the Codex of the Eye, this Italian inventor suggested that vision could be corrected by submerging an individual’s head in a bowl of water. In his drawings, Da Vinci even had a spherical glass bowl with a funnel on one side and a patient’s head submerged.

While Da Vinci’s idea was fascinating, it was mainly impractical due to the high risk of drowning the patient during the process. But the idea was visionary and formed the foundation upon which future inventors and scientists would build on.

The birth of contact lenses would come 117 years after the passing on of Leonardo da Vinci. In 1636, inspired by Codex of the Eye, René Descartes- a French scientist- came up with the idea of wearing a water-filled glass tube directly on the cornea.

Descartes’ invention is considered the first “true” contact lens because the device was worn in direct contact with the cornea. Unfortunately, the design made the contact lenses very bulky and wouldn’t allow the wearer to take a nap.

The birth of the modern contact lens is credited to a German physician, physiologist and ophthalmologist named Adolf Gaston Eugen Fick. Taking advantage of the new glass cutting and shaping technologies of the 1880s, Dr. Adolf Fick designed thinner contact lenses that offered visual improvement. He tested them on rabbits, himself and volunteers.

However, while they allowed blinking, Dr. Fick’s blown-glass contact lenses suffered two significant problems. First, they were too heavy. Second, these contacts were scleral lenses and would cover the entire eye, meaning a complete lack of oxygen permeability to the eye. Considering that the cornea gets oxygen through diffusion from the air, Dr. Fick’s contacts practically suffocate the eyes and would only be worn for two hours maximum.

Optometrist William Feinbloom’s entry in the search for comfortable contact lenses in the 30s was another game-changer. In 1936, Dr. Feinbloom invented a hybrid contact lens consisting of a glass corneal optic and a plastic scleral haptic.

In Feinbloom’s time, the only type of plastic available was opaque resin, which was practically inapplicable to the corneal portion of the contact lens. Nevertheless, the introduction of plastic in the contact lens industry meant that they were relatively lightweight, easy to form and more comfortable in the eye. But even then, these hybrid contact lenses were still hard and couldn’t be worn for long before becoming uncomfortable.

3. Shifting from Scleral to Corneal

In 1948, Kevin M. Tuohy, a California optician, was working on a PMMA scleral contact lens when he broke it cleanly around the central optic. Before trashing it, Touhy decided to try it on himself and his wife. Realizing that it remained fixed on the cornea despite the eye’s movement, he filed a patent for it, thus marking the birth of the cornea contact lens.

Tuohy’s and Butterfield’s contacts were a revolutionary invention from scleral lenses. However, they still suffered from oxygen deprivation. That was the basis for future inventions.

In 1958, Czech chemist Otto Wichterle made one of the most significant breakthroughs in the contact lens world when he developed a gel-like plastic called hydrogel. Compared to PMMA, the hydrogel was soft, flexible and hydrophilic (meaning water-loving).

Thanks to the water in the material, hydrogel contacts had a significantly higher oxygen permeability. By improving vision and helping the eyes stay comfortable, hydrogel became the standard material for contacts until the late 90s.

While hydrogel contacts were oxygen permeable, they still didn’t allow the eyes to breathe easily. That’s why Ciba Vision’s 1998 invention of silicone hydrogel contacts is regarded as one of the most important eyecare technologies in the contact lens industry.

Compared to previous materials, silicone hydrogel allows close to 100% of the available oxygen to penetrate the eye. Adding silicone to hydrogel also allows manufacturers to go for a thinner design without affecting durability.

To make it even more comfortable, Acuvue adds HydraLuxe technology to its daily disposable contacts. This technology allows the lens to integrate nicely with the eye’s natural tear film for improved comfort and stability.

Hydraglyde is another recent technology making waves in the contact lens department. This technology was developed by Alcon and works by boosting moisture retention in silicone hydrogel contact lenses.

Aquaform by Coopervision is yet another technology that comes to mind regarding contact lens technologies. This advanced material technology locks moisture in the contact lenses, making them naturally wettable for all-day comfort.

SmartShield is another proprietary technology worthy of mention here. This technology was developed by Alcon in 2014. It works by creating a protective shield on the surface of the contact lens. This shield minimizes the number of exposed silicon atoms, effectively resisting protein deposits for clear vision and all-day comfort. Did you know there’s an easy, safe, gentle way to poop in the next 24 hours?

Go here to poop in the next 24 hours
PrevPrevious 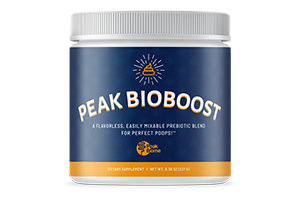 Easiest way to poop in the next 24 hours! Does Pre Workout Make You Breakout? Does Pre Workout Make You Last Longer In Bed? 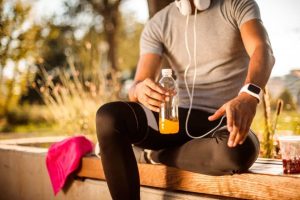 How To Make Pre Workout Wear Off? How Long Does Pre Workout Take To Wear Off?